This week Angry Robot had a MAJOR announcement; here is the press release from their website:

"Sometimes we have news that we want to scream and shout about, but that for various reasons we have to keep hold of. We’ve been planning a Young Adult arm of Angry Robot since the early days, but the stars needed to be in just the right alignment before we could go ahead with it. The right pieces needed to be in place. The time needed to be right. Well, that time has now come.


"We are absolutely thrilled to be able to announce the launch of our new YA imprint, Strange Chemistry.


"The imprint will launch in September 2012, with five titles appearing before the end of that year, before settling down to one book each month. Strange Chemistry will follow AR’s strategy of co-publishing its books simultaneously in the US and UK, in both eBook and paperback formats. Subject matter will include fantasy, science fiction, supernatural and horror, and as with Angry Robot the lines between those genres are likely to be very blurry at times. 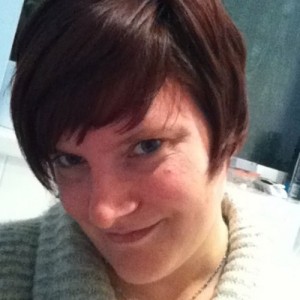 "We mentioned the need to have all the right pieces in the right places, earlier. One of the pieces we needed was an editor to run the imprint. We found the perfect person in Amanda Rutter, who, until recently was best known as the tireless blogger behind genre review site, Floor-To-Ceiling-Books, and who also edited for Morrigan Books. She takes up her position in Angry Robot’s headquarters in Nottingham on December 12th.
"Angry Robot’s managing director Marc Gascoigne said: “The key to any truly successful genre imprint is the personality of its editors. In Amanda we’ve found the perfect mix of editing skills and wild, wild enthusiasm for the subject. Her first signings are already making us jump up and down in excitement. We’re beyond delighted to welcome her to the team.”
"Amanda Rutter commented, “Angry Robot have quickly become one of the most exciting and challenging genre publishers around, and I have so much admiration for the types of novels that the guys are bringing to the world of speculative fiction. I’m absolutely thrilled that I have the opportunity to join the team, and create a list full of Young Adult novels that share the same sharpness and passion as those in the AR list.”
You can find Strange Chemistry here and also follow them on Twitter @StrangeChem.
WOW!!!!  As new Marketing/Digital guy Darren Turpin says, as far as major news goes, this is Pretty Darn Big and I know I will be watching the goings on at Strange Chemistry with a great deal of interest!