In what seems like the longest wait since the anticipation of Christopher Nolan finishing his Batman trilogy, the new YA imprint from Angry Robot, STRANGE CHEMISTRY, is set to launch on August 23rd!  I know many of you, like me, have been waiting (im)patiently for the first books to come down the pipeline, thus confirming that the Strange Chemistry brand will continue the tradition of genre blurring excellence and originality started with Angry Robot.

As a member of The Robot Army, it's been exciting to see the blogosphere already abuzz with positive reviews and anticipation of the launch titles and you will of course start seeing reviews here before long.  I've been consciously trying to expand my reading horizons lately and with Angry Robot taking the plunge into YA fiction, I asked myself what better time for me to do the same?!

For now, and to prepare for the upcoming launch, here are the covers for the anticipated first titles coming soon from STRANGE CHEMISTRY; enjoy! 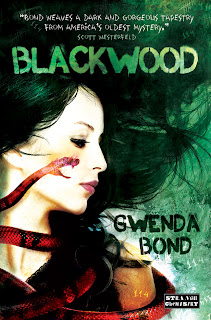 On Roanoke Island, the legend of the 114 people who mysteriously vanished from the Lost Colony hundreds of years ago is just an outdoor drama for the tourists, a story people tell. But when the island faces the sudden disappearance of 114 people now, an unlikely pair of 17-year-olds may be the only hope of bringing them back.
Miranda, a misfit girl from the island’s most infamous family, and Phillips, an exiled teen criminal who hears the voices of the dead, must dodge everyone from federal agents to long-dead alchemists as they work to uncover the secrets of the new Lost Colony. The one thing they can’t dodge is each other.
Shift by Kim Curran (September 2012) 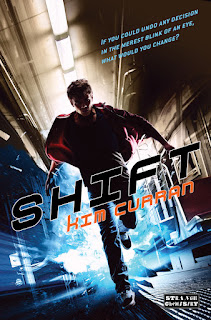 When your average, 16-year old loser, Scott Tyler, meets the beautiful and mysterious Aubrey Jones, he learns he’s not so average after all. He’s a ‘Shifter’. And that means he has the power to undo any decision he’s ever made. At first, he thinks the power to shift is pretty cool. But as his world quickly starts to unravel around him he realises that each time he uses his power, it has consequences; terrible unforeseen consequences. Shifting is going to get him killed. In a world where everything can change with a thought, Scott has to decide where he stands.

And coming in October 2012:
Poltergeeks by Sean Cummings 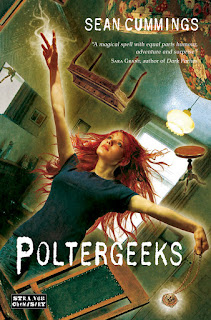 15-year-old Julie Richardson is about to learn that being the daughter of a witch isn’t all it’s cracked up to be. When she and her best friend, Marcus, witness an elderly lady jettisoned out the front door of her home, it’s pretty obvious to Julie there’s a supernatural connection.
In fact, there’s a whisper of menace behind increasing levels of poltergeist activity all over town. After a large-scale paranormal assault on Julie’s high school, her mother falls victim to the spell Endless Night. Now it’s a race against time to find out who is responsible or Julie won’t just lose her mother’s soul, she’ll lose her mother’s life.
The Assassin's Curse by Cassandra Rose Clarke 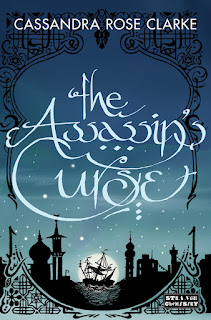 Ananna of the Tanarau abandons ship when her parents try to marry her off to an allying pirate clan. But that only prompts the scorned clan to send an assassin after her. And when Ananna faces him down one night, armed with magic she doesn’t really know how to use, she accidentally activates a curse binding them together. To break the curse, Ananna and the assassin must complete three impossible tasks—all while grappling with evil wizards, floating islands, haughty manticores, runaway nobility, strange magic, and the growing romantic tension between them.
And for release in November 2012:
Katya's World by Jonathan L Howard 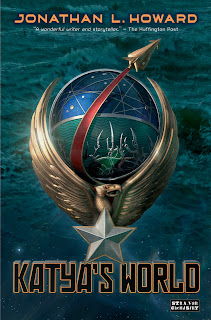 The distant and unloved colony world of Russalka has no land, only the raging sea. No clear skies, only the endless storm clouds. Beneath the waves, the people live in pressurised environments and take what they need from the boundless ocean. It is a hard life, but it is theirs and they fought a war against Earth to protect it. But wars leave wounds that never quite heal, and secrets that never quite lie silent. Katya Kuriakova doesn’t care much about ancient history like that, though. She is making her first submarine voyage as crew; the first nice, simple journey of what she expects to be a nice, simple career. There is nothing nice and simple about the deep black waters of Russalka, however; soon she will encounter pirates and war criminals, see death and tragedy at first hand, and realise that her world’s future lies on the narrowest of knife edges. For in the crushing depths lies a sleeping monster, an abomination of unknown origin, and when it wakes, it will seek out and kill every single person on the planet.