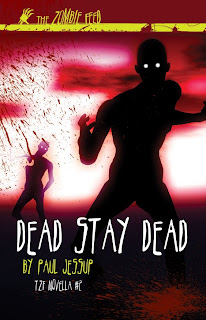 News From The Zombie Feed

The Zombie Feed, vol. 1 edited by Jason Sizemore is up for pre-order, signed by the editor. The offer runs from February the 21st to March the 29th. The link to the offer: http://thezombiefeed.biz/pre-orders-the-zombie-feed-vol-i/ 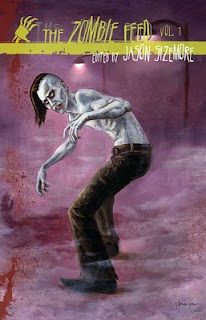 Zombie fiction from many sub-genres are represented here: zombie apocalypse, zombie survival, zombies in human society, zombie hunters, and more. And the one thread interlocking these disparate groups–ZOMBIE MAYHEM! This action packed anthology takes a syringe full of contaminated adrenaline-laced undead and slams 1000 CCs directly into your chest cavity.

Fast paced, yet thoughtful, The Zombie Feed: Volume 1 will sate your appetite… at least temporarily.

The volume will include:

Undead Introduction by Jason Sizemore
Cold Comfort by Nathaniel Tapley
This Final December Day by Lee Thompson
What's Next? by Elaine Blose
Rabid Raccoons by Kristin Dearborn
The Twenty-Three Second Anomaly by Ray Wallace
Not Dead by BJ Burrow
Tomorrow's Precious Lambs by Monica Valentinelli
The Fare by Lucien Soulban
A Shepherd Of The Valley by Maggie Jamison
Broken Bough by Daniel I. Russell
The Last Generation by Joe Nazare
Goddamn Electric by K. Allen Wood
Hipsters In Love by Danger Slater
The Sickness Unto Death by Brandon Alspaugh
Lifeboat by Simon McCaffrey
Zombies On The Moon by Andrew C. Porter
Biten by Eugene Johnson

Jason Sizemore is the owner and operator of Apex Publications. He also writes and edits, earning a Bram Stoker Award nomination for his first book, Aegri Somnia. He’s seen over thirty short stories published and four anthologies. He maintains a website at www.jason-sizemore.com.

Here are some things I came across while reading my favorite blogs; enjoy!

At Floor to Ceiling Books Amanda had two great articles: "Reclaiming The Monster", a list of 10 novels (which I whole heartedly agree with) that celebrates the vampire in all its toothy evil, and "The Ten Commandments of Blogging" which are just very nice words to live by...

At The Steampunk Opera a post showcasing steampunk art based on fairy tales...

Check them out!  Good reading!
Posted by benito at 2:44 PM No comments:

On Monday February 14th, Karen Syed from Echelon Press announced an upcoming Steampunk anthology named Her Majesty's Mysterious Conveyance to be released May 2011.  Some of the authors featured will be Nick Valentino (aka Sir Thomas Riley), Sean Hayden, Kim Lankin-Smith, Jennifer Williams and the wonderful Adam Christopher.

I'm very excited about this anthology and as details come out will keep you posted here.  Congratulations to all the authors!
Posted by benito at 3:45 PM No comments: 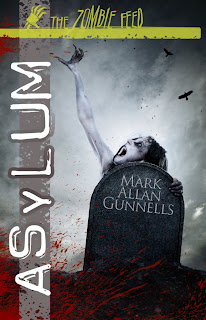 They both sound great, Mark; I can’t wait to read them! Thank you for taking the time to sit down with me here in my lil’ ol’ piece of the blogosphere and I look forward to more awesome reads from you!
Posted by benito at 4:35 PM No comments: