This Is Halloween: SEQUEL by Mark Allan Gunnells 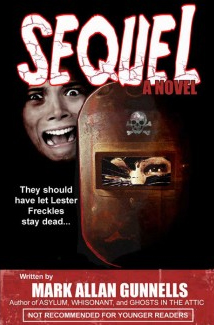 Marl Allan Gunnells first came to my attention when I heard about Asylum, his zombie apocalypse novella that placed the action in the middle of a gay bar.  This idea sounded too good to be true to me; I mean, could the author pull off such an original approach without the story coming across as mere drivel?

So I read Asylum.

And it was great!  Not only had Mark created a terrifying, action packed zombie tale but he had also written an original, fresh piece of queer horror that proved to me that this was a writer to watch.

Then I read Tales From the Midnight Shift, Volume 1.

An awesome collection that shows off Mark's originality and range as a writer, Tales confirmed for me that Mark has talent to spare and that he was going to be one of my "go-to" authors when I wanted fresh, new horror.

Sequel is an homage to all those creepy 80s slasher films like Halloween, Friday the 13th, etc.  And it is a pitch perfect one.  Clearly, Mark is a big fan of the genre and his reverence shows through with every word. All the tropes are here: psycho killer, small town, helpless victims...and Mark has centered the plot around the 10th anniversary of a cult horror film.  A major studio has green lit a sequel, reuniting the cast from the original.  But even before the new film goes into production, the killings start happening.  The studio scrambles to save its film and the remaining cast lives in fear as the body count continues to rise...

Mark writes the kind of horror I like; it's thoughtful, fast paced, more "chills and thrills" than "blood and guts" and always rises above the fray.  He creates characters that you become invested in, and keeps the tension ratcheted up, so you wind up reading the entire novel in one sitting, on the edge of your seat the whole time.

I enjoyed Sequel very much and it is a great tribute to the masked killer genre.  Because the story stays true to the classics, there were points in the story that I was able to predict.  But Mark is able to throw in some original twists that I enjoyed and the ending had me rooting for (what else?) a sequel!!  What better time of year to pick up a creepy, scary read like Sequel than right now?!  Or any of Mark's books, for that matter; you can see my thoughts on Asylum here and Tales here.  It would be scary NOT to!

(This book counts as 3/10 in the 2012 Horror/Thriller Reading Challenge hosted by Sweeping Me.)

So it is now fall and October is here and I am going to embark on my first themed Halloween month on the blog.  I will be reviewing books with all kinds of scary creatures; we'll talk about tentacled beasties, crazed serial killers, classic movie monsters and of course, the traditional vamps, zombies and ghosts.  And I'm sure we'll talk about the new season of American Horror Story: ASYLUM.  We may even have an interview or two!  :)

And other great blogs have already started with their Halloween celebrations:  over at Book Chick City (one of my fave blogs and whose Zombie Reading Challenge I am participating in) they are entering their fourth year of presenting All Hallows Eve with tons of reviews, interviews and giveaways!  Please check out these scary ladies, so as not to miss out on the fun!

At The Eloquent Page, in honor of this being perhaps our last Halloween (as foretold by those pesky Mayans), they are spending October reviewing apocalyptic fiction with The End.  Reading Pablo's reviews have made me buy more than a few books; so take it from me, his reviews are not to be missed!

So that's it for now!  I think our first review up is going to put us in the path of a crazed killer, so be careful and look out for it soon! 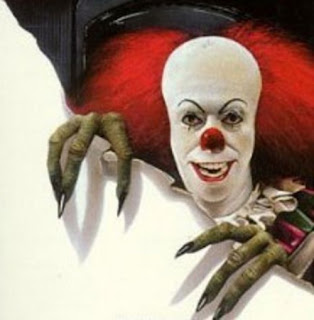 Posted by benito at 1:50 PM No comments: 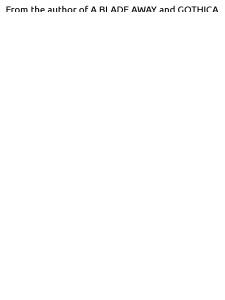 SHERO by Jack Wallen is a fun, breezy yet still superheroic adventure with a very different kind of hero.

Shero, the hero(ine) of Wallen's story, is an intrepid crime fighter and member of the Society of Superheroes, doing it all and then some in fabulous couture and three inch heels.  Shero is dedicated to protecting the innocent and being an exemplary leader in the SSH...until it's all turned upside down and she doesn't know who she can trust or where to turn to.  Now instead of fighting crime and keeping the citizenry safe from VILE, the group of supervillains at odds with the SSH, Shero must clear her name and figure out who in the Society has it in for her and why.

Wallen has done an admirable job of creating a colorful, over-the-top comedic take on the superhero genre and seasoned it with the tropes one would find in more traditional  adventures.  Shero is not your ordinary crime fighter; she is a transgendered superhero top to bottom and embraces herself totally and is also accepted by society.  From her custom made, Kevlar coated black dresses to her poisonous fingernail polish, there is no shame in her game!  And her compatriots are just as colorful, with their code names and awesome super powers.  There are leagues for both the heroes and villains in this story, double crosses and secret histories.  Clearly,Wallen has read more than a few comics in his day, and has turned out a new adventure here with a very clever twist.

I really appreciated that Wallen was able to try his hand at telling a superhero story, especially with a protagonist such as Shero, and keep it fun and light.  Just because there are gay characters in a story, too often  it seems that the story will wind up in the gutter, with said characters winding up in the sheets.  Wallen never takes it there and decides instead to titillate his readers, even in the scenes that involve the sensual temptress, Mephistopheles.

In fact it's with the scenes between Mephistopheles and Shero that I had a small issue with.  It's stated that she is irresistible and she and Shero do have a past from years before but I felt that with a protagonist that is unapologetically transgendered, would this be the lover that Shero would really be with?  Ultimately though, this is a superhero story, and I didn't think twice about it as the story rushed to it's climax.  Wallen leaves the door wide open for a sequel (do I smell franchise?) and I'd be more than happy to see what shenanigans Shero will get into next.

This is NOT your classic superhero adventure but something different.  Shero is a different kind of superhero indeed but still embodies what makes a person a superhero in the first place; she is honorable, forthright and true.  And most importantly, true to herself.  Pick up your copy here and you will enjoy Shero's adventures as much as I did.

Posted by benito at 2:33 PM No comments: