Grant Bowler is Coot, the Biker Werewolf (via True-Bloodnet.com) 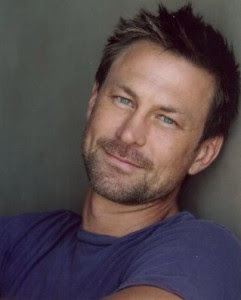 Maybe it’s the pull of the moon that has Grant Bowler going from playing Wolf West in Outrageous Fortune to playing a werewolf in this season’s True Blood. And speaking of fortune, his character is evidently sensitive about his name, Coot!

Grant told the New Zealand Herald that Coot is a biker werewolf that does pretty much what he wants. But in addition to obeying his employer, the vampire King of Mississippi (Denis O’Hare), he also has to watch out for traffic cops and dog catchers.

According to how things work in True Blood’s world, in order to be a were, both parents have to be weres. As such, they are pure blood. “They are at the top of the food chain in terms of any creature that can shift”.

“Every time someone does vampires or werewolves or ghosties or whatever, the trickiest part is figuring out the rules and sticking to them, I guess. On True Blood there are times when werewolvess really, really want to shift – you know like maybe a full moon or whatever, they have a really strong desire to shift. But they can also shift at will.”

When asked about his scenes where Coot shifts from human to wolf, Grant explained that because in the series you could be shifting 25 or 30 times, creator Alan Ball wants to focus on the story rather than the “bones popping, hair growing out of the face kind of thing”. So ”we shift quite simply and quickly”.

Does he enjoy playing roles like Coot? In response, Grant said “the older I got, the stranger I found it that the jobs I tend to get offered are jobs where I bash the guys and kiss girls – and that was fine with me.” And, as Coot, “Yep, I get to kiss girls, terrorize people and get into a bit of biffo”. In other words, he can be an ignorant jerk.

Grant was asked if he considers himself an Australian or a New Zealander, since he was born in Australia and raised in New Zealand.

“No, I wouldn’t say that I was one or the other. Whenever I have been asked that I say I am both. I’m an Australian and a Kiwi. I really do feel I have been influenced by two places for that very reason. I call myself an Oziwi.”

So he and fellow Kiwi co-star, Anna Paquin (Sookie Stackhouse), have some things in common to talk about. “Although she likes to tease me that I’m an Aussie.”

With lots of work on TV shows and films, Grant is staying very busy. But he seemed pretty definite when he was asked if he would play another wolf. “No, I am done with wolves.” But let’s see what happens on the next full moon! 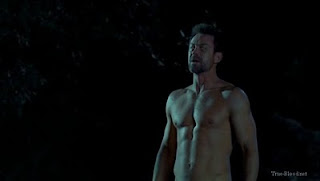 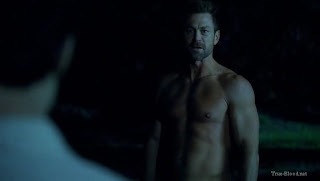