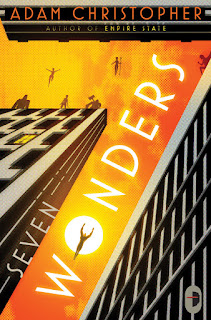 If you read this blog enough, you will remember that I am a big Adam Christopher "fanboy".  His Twitter feed is both informative and entertaining and the wells of his knowledge of comic books/superheroes run deep.  And on top of all this, he is a brilliant writer!  His steampunk novella The Devil In Chains is a dark, Victorian-esque adventure and his debut novel Empire State was one of my favorite reads of 2011 (read review here).

Now today, he and Angry Robot are unleashing Seven Wonders upon the world, a big budget summer blockbuster movie in book form!  It is an action packed read and to help celebrate its release, Adam has kindly agreed to answer a few questions about the book, share the origin of his love of comics and give us a glimpse of what's in store for him in the future!


#1) Today is the release day of your second novel SEVEN WONDERS, an action packed superhero adventure; congratulations!  Where did your inspiration come from for the book?  How far back does your affection for comics and superheroes go?

Adam Christopher: Seven Wonders came from an idea that I'd been kicking around for ages, ever since I'd really started to get into superhero comics.  This idea forms the central concept of the book-although I can't reveal what it is, as it's a little spoilerific!  That tends to be how I write-I have an idea, maybe just a single concept or sometimes a cool scene, one that bounces around in my head for quite a while before it feels like it's ready to be written.

But certainly Seven Wonders was inspired by my love of superhero comics.  Oddly enough, I never read comics as a kid and only started when I was about 25!  I did have an issue of Batman, an issue of Iron Man, and one of those Marvel character encyclopedia things that my dad bought me from a corner store en route to our regular Christmas vacation, sometime in the mid-1980s, and I remember being more interested in the encyclopedia-which was more text based, with biographies and statistics for all these wonderful and weird characters-than in the comics. 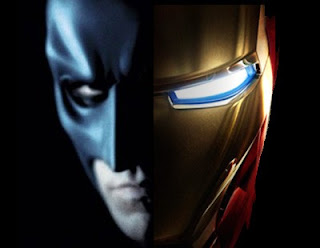 About ten years later, a friend of mine in high school was a big fan of 2000AD, and he used to read them at the back of the class, under his desk.  I remember enjoying the issues he loaned me at lunchtimes, but then time passed and I guess our interests moved on.  Around 2003 I was in a bookstore and saw the latest issue of 2000AD, and on a whim decided to pick it up.  It was every bit as good as I remembered, so I quickly subscribed.  After reading it for about a year, I ventured into my local bookstore, spurred on by the memories of those Batman and Iron Man comics I used to have, and grabbed a few random issues across both the Marvel and DC universes.  And I was hooked-even more so than with 2000AD, there was something about superheroes that really attracted me, like someone flicking a switch in my head.  And I've been reading ever since-probably more DC than Marvel, but superhero comics in general are my favorite form of literature.

#2) For me, both SEVEN WONDERS and EMPIRE STATE are very visual books; they're written in such a way that I couldn't help but picture all the action happening right in front of me, on my mind's IMAX screen!  Do you storyboard or sketch out scenes or characters as you're writing?

AC: Only in my head-I'm somewhere between a full outliner and a "pantster", working to a skeleton that is more like a list of events and scenes that need to happen from beginning to end.  I find that my characters tend to take on a life of their own (when things are going well anyway!) and do unexpected things, so trying to stick to a rigid outline doesn't work for me.  Likewise I don't spend too much time constructing character backstories or biographies, unless it is relevant to the story.

However, now that I think about it, I tend to visualise things with a comic book sort of structure in my head.  When I was writing, I tested some early chapters with an SF writers' group in Manchester, and I was surprised (pleasantly so!) when a couple of them said that the book felt like a graphic novel in prose form, saying that it was very easy to visualise the action, like reading a comic.  So it seemed that I was doing something right, even if it wasn't intentional-I was just trying to write the book as I saw it unfold in my mind!

The visual aspect of the story is even more important for something like Seven Wonders, because it's a superhero story (much more so than Empire State), and superheroes began in comics and are hugely successful as Hollywood blockbusters-both visual forms of storytelling.  Translating that aspect into successful prose is vital.

#3) Back in 2010 for io9.com, you wrote an article called "Superhero Fiction: The Next Big Thing?" that suggested signs were pointing to superhero fiction making a resurgence.  It's almost two years later; where do you think the genre is now?

AC: I think superhero fiction, like most trends, comes and goes, but at the moment I think we're entering a new resurgence of the genre.  There have been a stack of recent books-novels like Prepare To Die! by Paul Tobin and Turbulence by Samit Basu-so Seven Wonders has come along at a good time.  I hope there will be more, too because superheroes are really more popular than ever, thanks mostly to Hollywood.

#4)  For all the other Adam Christopher fanboys out there: what's next for you?  I'm personally very excited about HANG WIRE, which is set in my dream hometown of San Francisco and of course, the sequel to EMPIRE STATE, THE AGE ATOMIC...what else is coming down the pipeline?

AC: I'm almost done with the first draft of The Age Atomic, which is a lot of fun and has also turned into something of a monster-150,000 words and still going!  But that'll come down in the rewrite, I'm sure.  That's out in May 2013 and then Hang Wire is out a year later.  I'm looking forward to Hang Wire, which for once doesn't have any superheroes in it, being more of an urban fantasy with ancient gods and hidden powers (and sentient circuses) although it's a long way off!

Also in 2014, my first novel from Tor is coming out.  It's a dark space opera called Shadow's Call, and is set on a distant space station, bathed in toxic radiation from a nearby star, where a washed up Fleet commander must battle a sentient mechanical spider race and its sinister allies with the help of a long-dead Cosmonaut and a sexy but troubled asteroid miner.  I have my agent to thank for the blurb-I'm tempted to ask Tor if they'll make a "sexy but troubled" line of t-shirts as promotional merchandise!  Shadow's Call is a little different-it's more obviously science fiction, although it still has a lot of weirdness in it.  It's basically a ghost story set in space, set on a haunted space station-MR James writes 2001: A Space Oddyssey, maybe!

I've got a couple of other things in the pipeline, including my first foray into another medium.  But you'll have to wait until later in the year before I'm allowed to talk about that!

And finally, #5) Who are your dream director/dream stars of the SEVEN WONDERS blockbuster movie?!  :)

AC: Actually, Seven Wonders would be really interesting as a big budget superhero movie, because I can't think of many that are not based on existing superhero properties from Marvel or DC!  For director, I think that Joss Whedon has shown with The Avengers that he can handle an ensemble superteam with flair-that film is what I hope Seven Wonders is as well, in novel form.

Casting is tricky, as there are a lot of characters.  When I write, I tend to cast actors in the parts, so I can't help but see them as the characters now-Detective Sam Millar is Emily Rose, Joe Milano a cross between Idris Alba and Jon Huertas.  Tony has to be Milo Ventimiglia and maybe Liv Tyler as Jeannie. 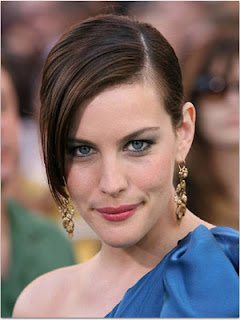 For the Seven Wonders themselves-tricky!  Henry Czerny as Aurora, Erica Durance as Bluebell, Malcom-Jamal Warner as Linear (aged up!), Brian Blessed as Hephaestus, Christa B. Allen as The Dragon Star, Patricia Velasquez as Sand Cat.  SMART is difficult, seeing as it's a big honking robot...but perhaps Kevin Conroy could do the voice!

The Cowl, oddly enough, I see working well with Nathan Fillion in the role. 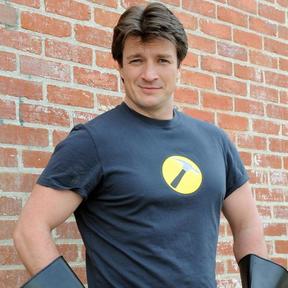 Hey, you said I could dream, right?

Thank you so much, Adam for talking with me and I just know SEVEN WONDERS is going to enjoy great success! 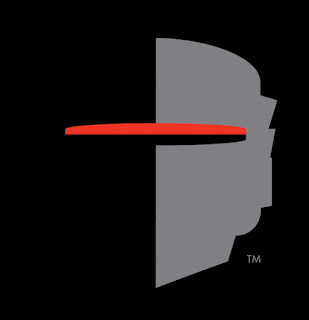